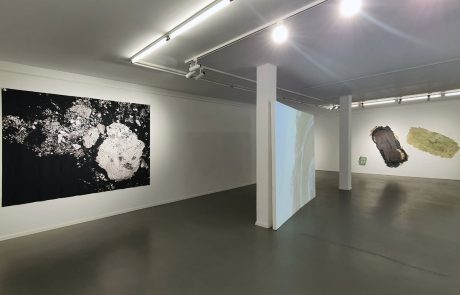 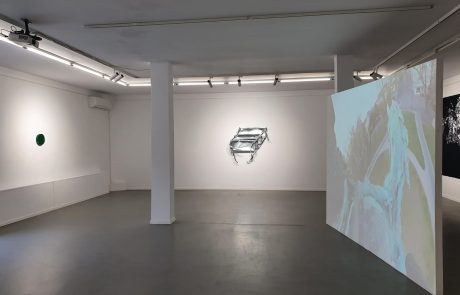 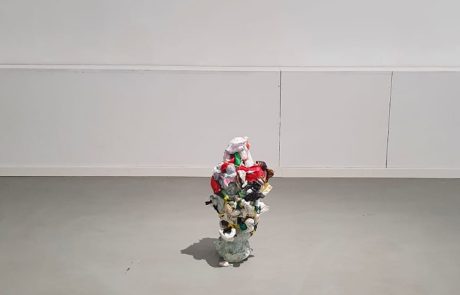 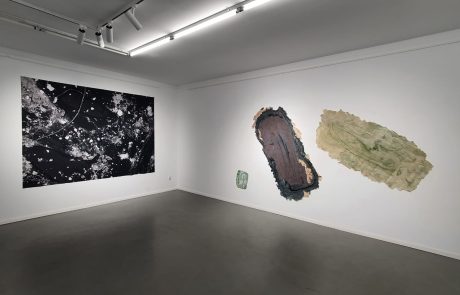 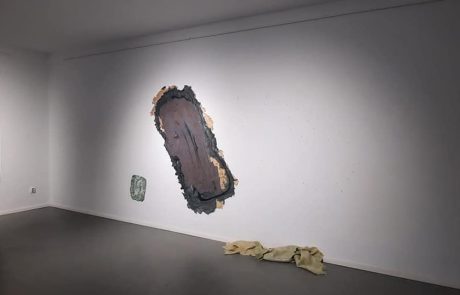 “In 2019, on his way to one of his jobs, Johannes Hugo Stoll frequently crossed by the statue of Wilhelm I. Located in the center of the German city of Karlsruhe, the statue depicts the Kaizer dressed in a general’s uniform and mounted on a horse. The monument, made in 1897 by the sculptor Adolf Heer, is a bronze cast on a three-part plinth of Swedish red granite fixed on a pedestal. The historical figure, passive to the existing daily realities, dominates the Kaiserplatz (“Imperial Square” or “Emperor Square”) radiating the historical and political message of the Prussian Emperor. The figure of Wilhelm I is publicly displayed in over 1,000 statues scattered in multiple locations all over the world.

Influenced by the pandemic context, the German artist Hugo Stoll decided to apply to the statue of Wilhelm I one of the most popular medical practices of the present time. Stoll incorporates the figure of the German founder in the current reality of the pandemic. Equipped with a telescopic stick, a video camera and a biological data sampler, Hugo Stoll penetrates the emperor’s nose and collects biological data, which he subjects to molecular tests in the genetics department of the Institute of Applied Biosciences at Karlsruhe.

Stoll’s artistic gesture has the role of bringing into question the way in which different types of reality intertwine, reject, or gravitate around us. “Is History ok?” is an artistic research project that mixes references and practices from CRISPR-type genetic technology, history, political culture and art in order to reveal the fragility of reality and its easy manipulation.”
(Adrian Bojenoiu)

Johannes Hugo Stoll, (b. 1986, Idar-Oberstein, Germany), studied art at different schools in Mainz, Leipzig, Warsaw, Seoul and in Stuttgart, from where he graduated in 2017 with a participatory work about takeaway culture. His artistic practice transforms everyday observations and situations into material objects. His starting point for creating objects is the human body, He takes matters into his own hands, distorting their material qualities to emphasize the performative side of our daily relationships.