The exhibitional project proposed by Tobias Zielony, as a visiting artist who is presenting his artistic practice in the online space of Aparte Gallery, is part of a series of visual researches that the artist has done in recent years on youth communities representing different forms of subcultural expressions in a society increasingly oriented towards a mono-cultural consumption facilitated by the globalization of economic policies.

During a research trip, taken on his own, to Ukraine, Tobias Zielony met a group of young people from Kiev with whom he interacted in creating a series of photographs and an experimental film in which young people’s life expressions communicate in a symbolic way with reflections specific to their political consciousness. Through these young people, Tobias Zielony immerses himself in the world of ‘underground’ secret events in which queer culture hybridizes with the techno scene, and narratives about the aftermath of the 2013 Ukrainian revolution reveal types of ironic appropriation of behaviours of Russian intelligence in their secret actions on the Eastern territory of Ukraine. Hence the title of the photographic series and the film with dynamic photographs, “Maskirovka”, which in a free translation refers to a kind of “little masquerade”, allusively associated with the subversive actions of the so-called “green people” who have acted under hidden identity in support of pro-Russian autonomous forces, including during the occupation of Crimea in 2014.

In the photographs taken by Tobias Zielony, young people are caught interacting, in their intimate space or in clubs, in intimacy or gathered in groups at the entrances to the secret spaces where they meet, and the city is viewed through hierarchical layers of architecture and fog. The portraits of young people capture behaviours, symbols of tattoo culture or meta-identity forms of masking.

Assembling 5,400 photographs taken during his stay in Kiev, Tobias Zielony makes a stroboscopic film, with 5 images unfolded in a second, which build an intersectional narrative on politico-military conflicts, street fights, their way of media coverage through television, put in a comparative perspective with the reactive life of young people. The accelerated mixture of contrived scenes from an over-condensed sequencing of a decompressed historical time between moments of peace and those of social and military conflict seems to make a double allusion, on the one hand to the inflation of overlapping events that erase some on others in a troubled memory, and on the other hand at a moment of loss of consciousness, alluding to a moment of the threat of death, when the memories seem to follow one another in a dizzying rhythm. But in his intention, Tobias Zielony does not accept a pessimistic dramatization of the political and social situation in Ukraine, but rather tries to connect the local stories of young people with a global movement of their unrested response to the hidden games of power.

Courtesy of KOW Berlin and the artist 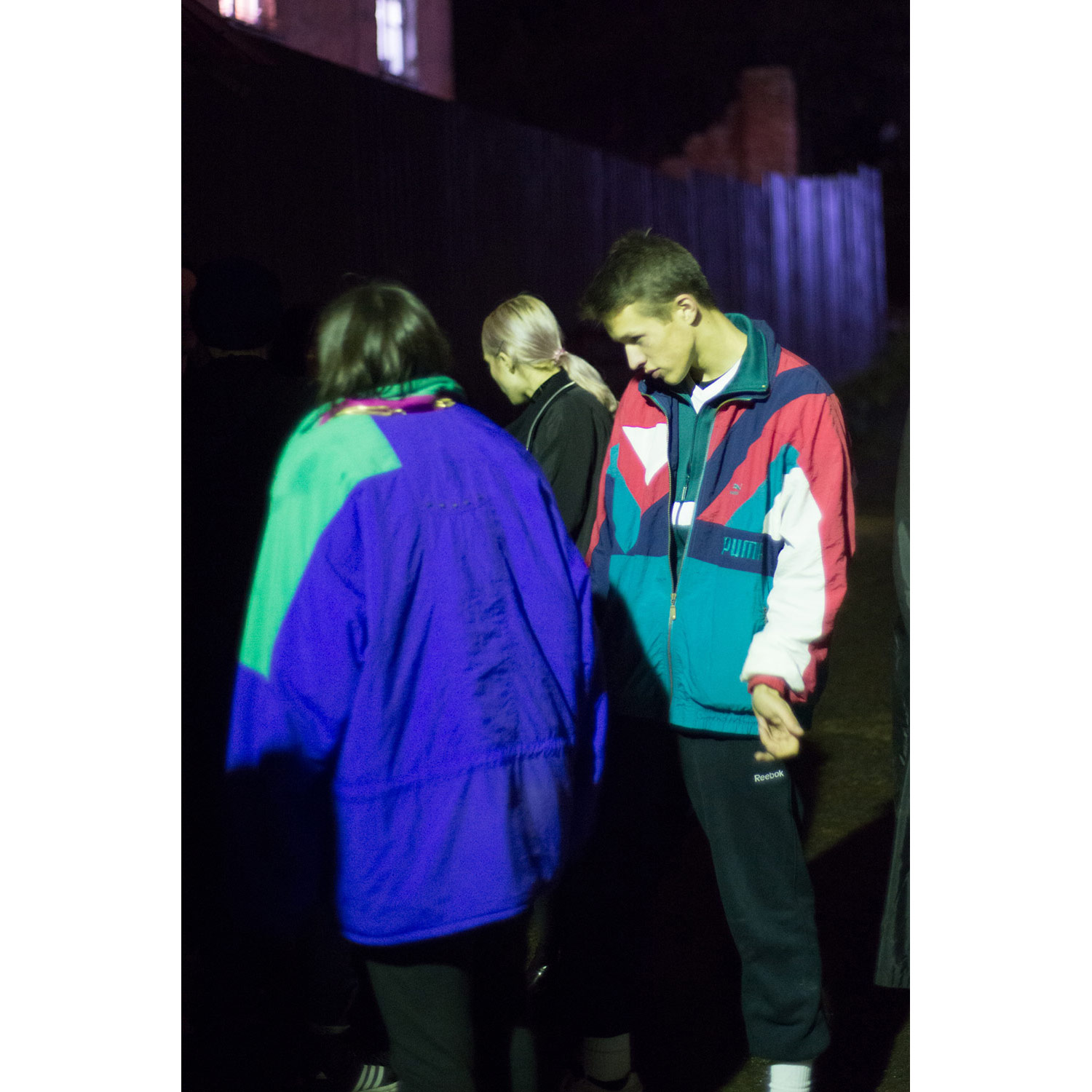 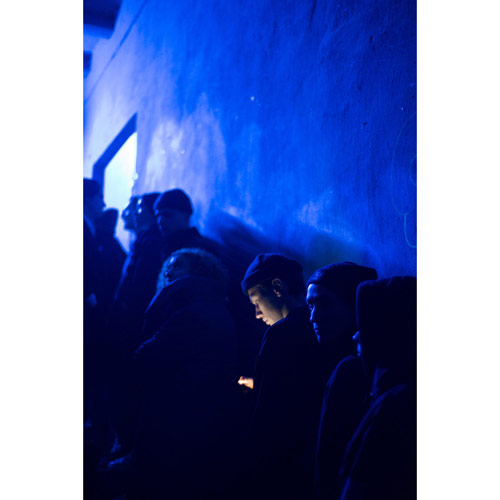 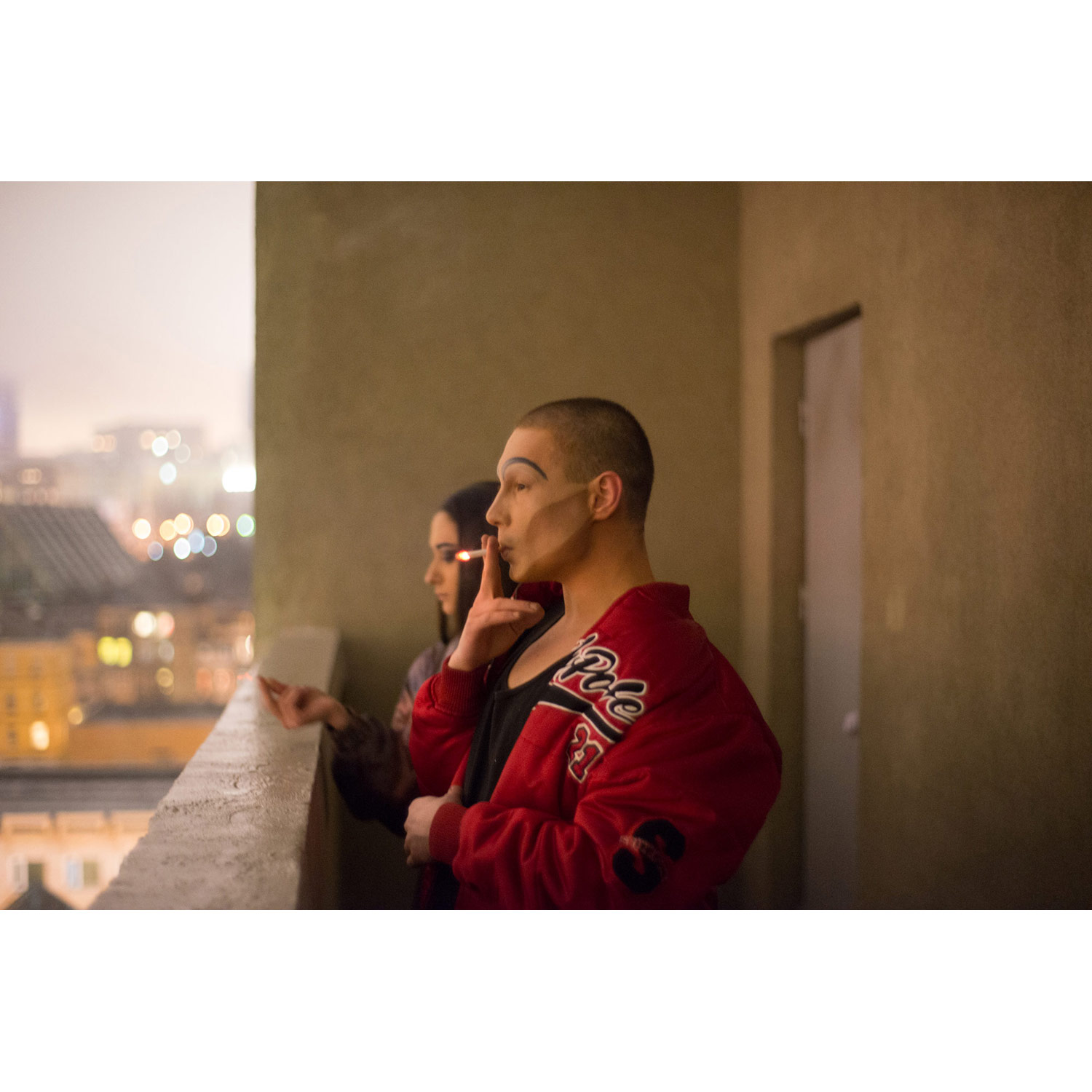 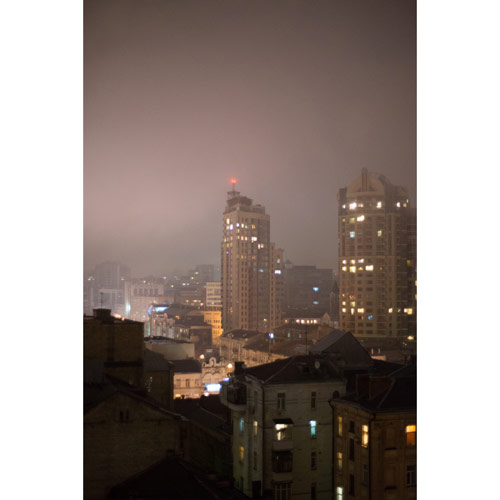 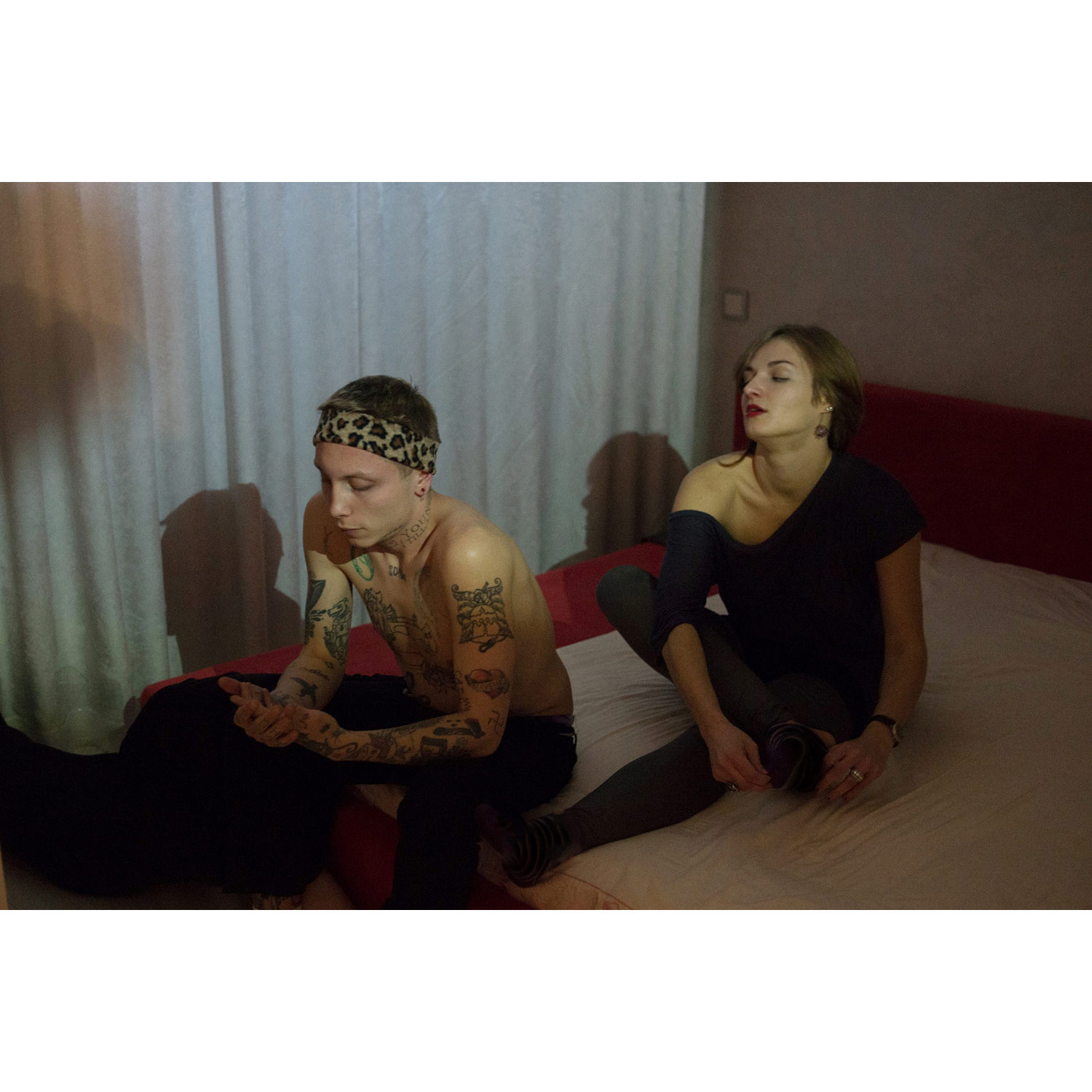 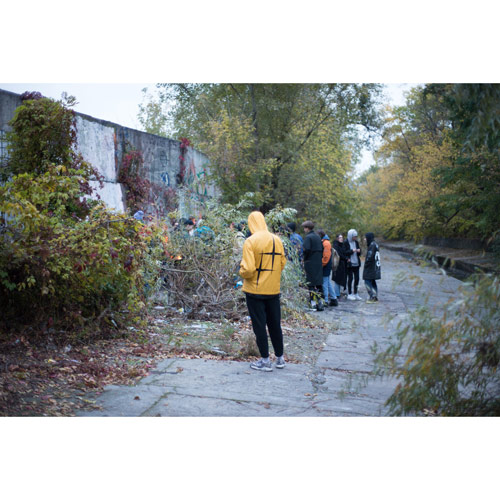 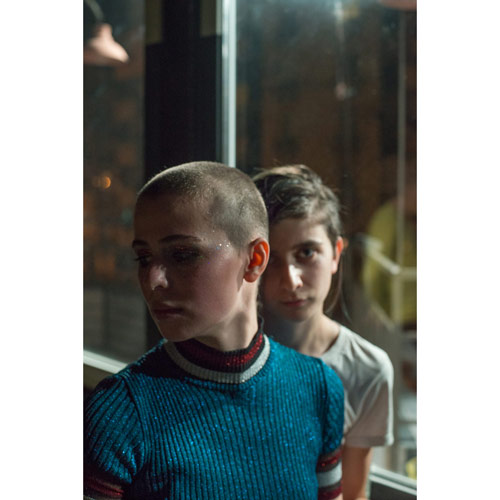 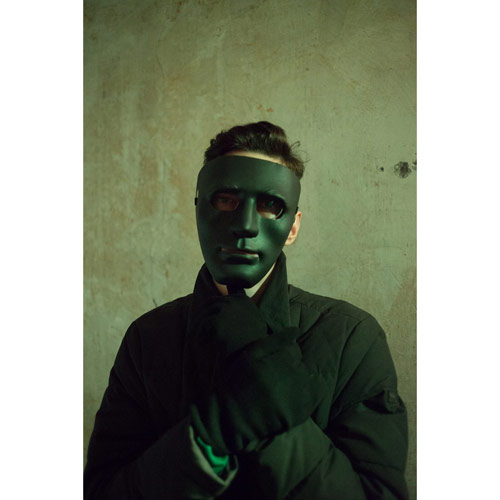 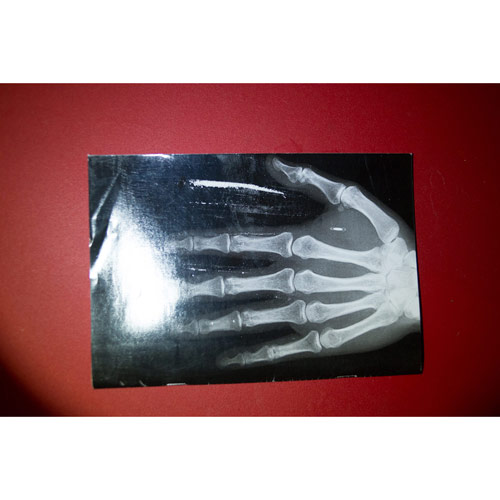 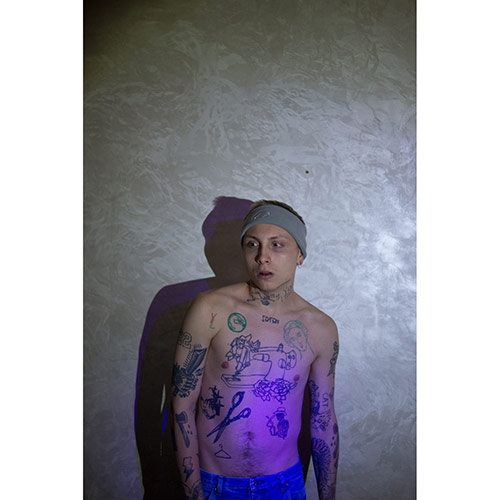 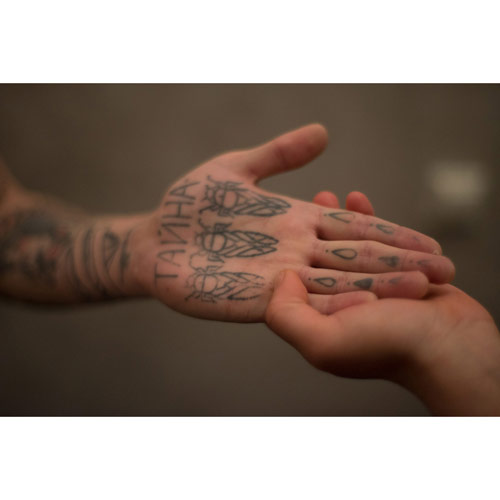 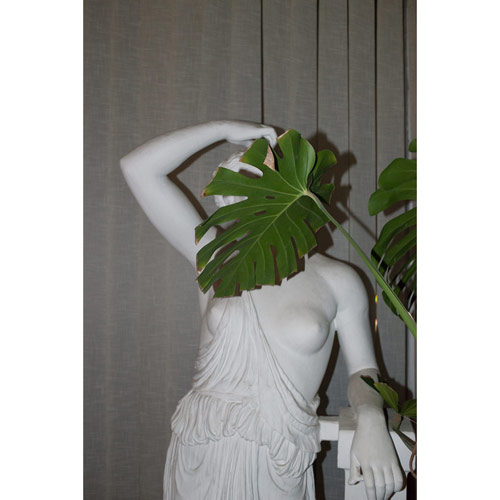 Short biography of the Visiting Artist:

Tobias Zielony (born 1973 in Wuppertal, Germany) is known for his photographic and filmic depictions of youth- and subcultures, which—albeit embedded in specific communities—employ a critical approach to documentary photography. His photographs create a distance between image production and documentary, resulting in a unique aesthetic and a relation to fictional narratives. He is interested in exploring how images impact and inform the shaping of the self, as well as the identity of a community. In 2009, Zielony introduced stop-motion animation and moving images to his practice. In 2015 he co-exhibited at the German Pavilion at the 56th Venice Biennale with the work The Citizen, a cooperation with refugee activists in Germany and newspapers and magazines in five African cities. He has exhibited extensively and internationally with solo shows, among others, at the MMK Zollamt in Frankfurt (2011); Camera Austria in Graz (2011); Philadelphia Museum of Art (2011); MAXXI Museo Nazionale delle Arti del XXI Secolo Rome (2012); the Berlinische Galerie (2013); Von der Heydt-Museum, Wuppertal (2017); and an upcoming retrospective at the Museum Folkwang, Essen, Germany (2021). His works has been included in numerous group exhibitions, including the second Montevideo Biennial (2014), and the first Riga Biennale (2018). He was the first Peter and Irene Ludwig guest professor at the Hungarian University of Fine Arts.

(*) The “UnderAct” program aims to improve the professional career of artists, to encourage inter / transdisciplinarity in contemporary arts, artistic mobility and cultural dialogue. The program is addressed to Romanian and foreign artists who are offered the opportunity to know the cultural environment of Iași, to interact with local artists and to contribute through artistic productions, workshops, masterclass meetings.

The exhibition of the German artist Tobias Zielony is part of a series of events organized this fall by the Compania FaPt Association in partnership with the German Cultural Center Iasi and Galeria Aparte (project space of the Faculty of Visual Arts and Design within the “George Enescu” National University of the Arts in Iasi). This event is part of the cultural project “UnderAct – Program of residencies and artistic mobility” (*), funded by the City of Iasi through the Annual Grant Program for cultural projects proposed by non-governmental organizations in Iasi.

In addition to this online exhibition, the artist Tobias Zielony gave an Artists Talk and run a tele-workshop on “Political Bodies”, addressed to students from the Photo-Video programm of UNAGE Iasi.

The participation of the artist Tobias Zielony is made possible with the support of the German Cultural Center in Iași and Goethe Institut, and is mediated by the curator Cătălin Gheorghe (“George Enescu” National University of the Arts, Iași and Vector Studio).